Posted on October 6, 2020 by Manny Godoy under Afterlife, Death, Fear of Death, Funerals
Leave a comment 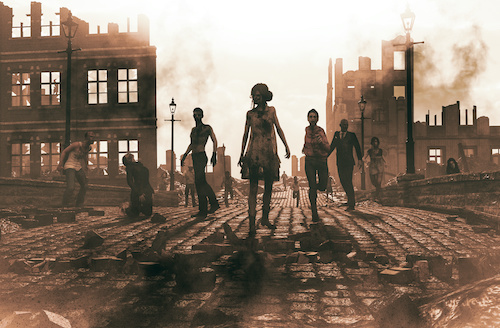 Long before The Walking Dead premiered in 2010, the Centers for Disease Control & Prevention (CDC)posted blogs about how to prepare for a zombie apocalypse. Appearing every October, in celebration of Halloween, these posts were light-hearted attempts to encourage people to pay attention to an otherwise dull but important topic – disaster preparation. The idea caught on. Those blogs generated more internet traffic than any other CDC topic. But what exactly is a zombie? And what do they have to do with funeral homes? Read on. 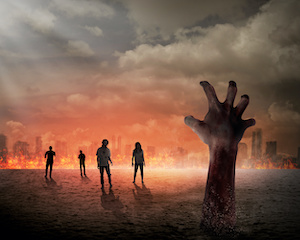 A zombie is a fictional, re-animated un-dead corpse. Typical fodder for horror and fantasy movies and books, the concept of zombies originates in horror and fantasy genres. The term hails from Haitian folklore, wherein a dead body reanimates through myriad methods, most of which are magic. Recently, science fiction writers have redefined the term, positioning characters who morph into zombies as a result of disease, radiation, pathogens, and scientific accidents.

The Oxford English Dictionary purports that the word “zombie” first appeared in English around 1810 when historian Robert Southey mentioned it in his book “History of Brazil.” But this was not the familiar brain-eating manlike monstrosity but instead a West African deity. The word later came to suggest the vital, human force leaving the shell of a body, and ultimately a creature human in form but lacking the self-awareness, intelligence, and a soul. It was imported to Haiti and elsewhere from Africa through the slave trade.

According to The Atlantic, the original script for one of the earliest onscreen depictions of zombies, 1968’s Night of the Living Dead, referred to flesh-eating antagonists as “ghouls.” “Although the film is widely credited with launching zombies into the cultural zeitgeist, it wasn’t until its follow-up 10 years later, the consumerist nightmare Dawn of the Dead, that Romero would actually use the term. While making the first film, Romero understood zombies instead to be the undead Haitian slaves depicted in the 1932 Bela Lugosi horror film White Zombie.” 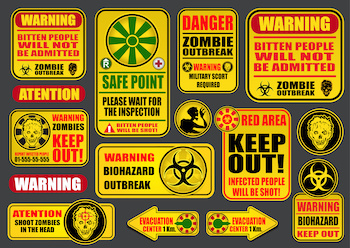 What We Know About Zombies

With thousands of interpretations of Zombies, certain characteristics remain consistent. Who knows if the reason for this is that the legend is based in fact? Consider the following: 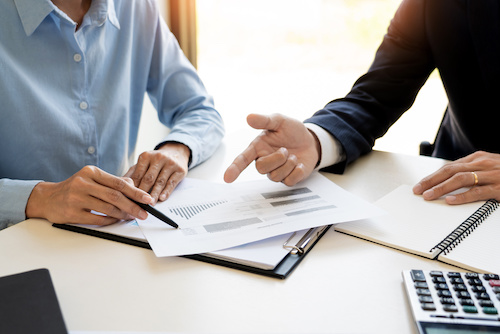 Although we jest, we take death seriously. Whether or not your loved one died of COVID-19, we realize that the pandemic may affect your ability to sufficiently celebrate a life well-lived. At Foothill, we will do our best to make sure you can mourn the loss of your loved one in a safe manner. Feel free to contact us now to pre-plan your own memorial or at your time of need (626) 335-0615. Our relationship with the United Methodist Church and Sacred Heart (which currently allows a maximum of 65 people) provides great places for mourners to host funerals and memorials. You’ll love the grandiose yet intimate settings in both locations.